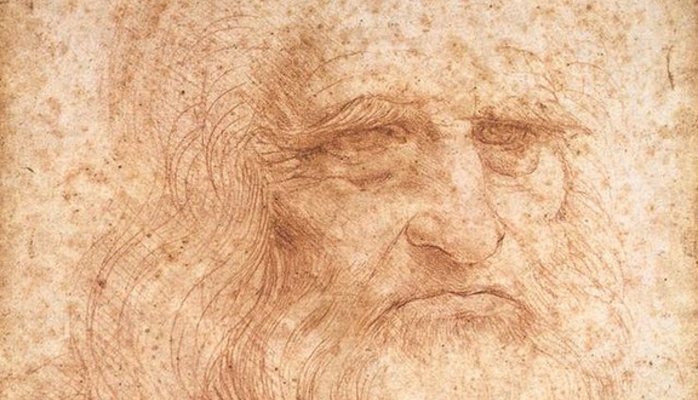 Perhaps nobody in all of history got more done in less time than Leonardo Da Vinci. When it came to productivity, Da Vinci stood alone.

In this post, I examine 8 quotes from the man who has been called the greatest mind of all time, creating a list of key ways in which we can live a more productive, fulfilling life.

1. A little fear is not a bad thing

“People react to fear, not love – they don’t teach that in Sunday school, but it’s true.”

Concern over the consequences of not getting things done is a strong motivator. My fear of being flat broke, as I had been for a period in my life, motivates me daily to work hard and stay ahead of the game. I remember all too well how I felt in those days, for my poverty brought depression and a lack of self-esteem.

Don’t be afraid to be afraid.

Too much fear can paralyze. Exercise just a little fear – enough to make you want to create a plan and start doing.

2. Break it down into simple parts

“Simplicity is the ultimate sophistication.”

We often procrastinate because we haven’t quite got our mind wrapped around a task or goal. It seems too daunting, complicated and hard. As a result, we do nothing. Yet we know that what is before us is important.

Da Vinci would break down complex tasks into simple steps. Create a starting point that you can understand. The rest will get easier.

“Why does the eye see a thing more clearly in dreams…?”

Put your subconscious mind to work. See yourself doing and accomplishing the things you desire. Da Vinci believed that everything becomes clear in dreams. That’s how it all starts – in your imagination.

Historians believe that Da Vinci’s paintings and works were inspired by his early life exploring caves as a boy. His imagination went wild, believing that monsters lived in the caves.

Dreams. Imagination. Vital to getting things done and expanding your career.

Centuries ahead of his time 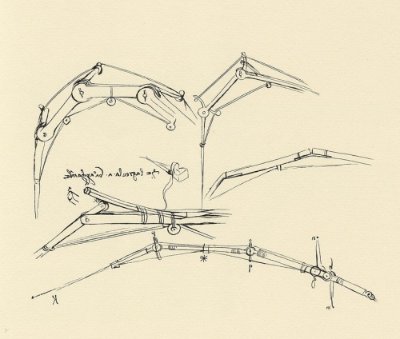 Da Vinci created this concept design in 1494 of what today would be a helicopter.

Da Vinci’s idea was that the machine would not be powered by an engine. Rather it would be fueled by two people standing in the middle who would push the blades, propelling the machine into flight.

It would be another 450 years before Da Vinci’s idea would turn into reality.

“Just as food eaten without appetite is a tedious nourishment, so does study without zeal damage the memory by not assimilating what it absorbs.”

Things won’t get done without our interest, passion and fascination.

If the end goal is important, but not particularly interesting, find ways to make the journey more enjoyable. Some of what I do on a daily basis is fairly tedious. But it becomes a joy when I do it while listening to my favorite jazz music.

“It had long since come to my attention that people of accomplishment rarely sat back and let things happen to them. They went out and happened to things.”

Happen to things! You have to love Da Vinci’s twist on “things happening to you”. Don’t wait for miracles or the so-called “right” moment. Far too much time will be wasted as a result, or worse yet, opportunities will slip by.

Don’t fret about things happening to you. Instead, do the opposite and “happen to things.”

6. Have a sense of urgency

People who have a sense of urgency get things done. Those who do not, accomplish little by comparison. Steve Jobs, as a young man, wasted no time in developing Apple.

But urgency isn’t always about speed, and in fact, it’s often more about just getting something started, progressing step by step.

Da Vinci, for example, was a master of starting things, but not doing them quickly. It is believed that it took him between four and seven years to complete the Mona Lisa, one of the world’s most famous paintings. (Some historians argue he never really finished it).

He started with a sense of urgency.

7. Create your own legacy

When we die, people won’t remember how much money we made. In Da Vinci’s words: “He who wishes to be rich in a day will be hanged in a year.”

They also won’t remember how much time we spent at the office.

But what they will remember are things we accomplished that helped other people, made a difference in our communities, or created things of lasting value.

Leaving a good legacy is a strong reason to get things done – to make our lives count.

“Time abides long enough for those who make use of it.”

Here, Da Vinci is telling us that if we do not waste time, then we’ll have enough of it to get things done. Our time must therefore be monitored.

We all have the exact same amount of time.

Be Known for Action

Having a reputation for getting things done is a vital trait of career development and leadership. It’s also the best way to create a powerful personal brand.

Take the mind of Da Vinci to work this week.

About the top photo: The photo at the top of this post is said to have been a chalk drawing Da Vinci made of himself in his later years (around age 60). Given Da Vinci’s talents, we can assume this is exactly how he looked.

Who was Mona Lisa anyway?

The mystery continues as to who really was Mona Lisa. Experts are not sure that a real person ever existed and that the Mona Lisa may have been created entirely from Da Vinci’s mind. This is the theory I support, based on his belief in the power of the imagination.

9 thoughts on “Da Vinci: 8 Secrets to Getting Things Done”