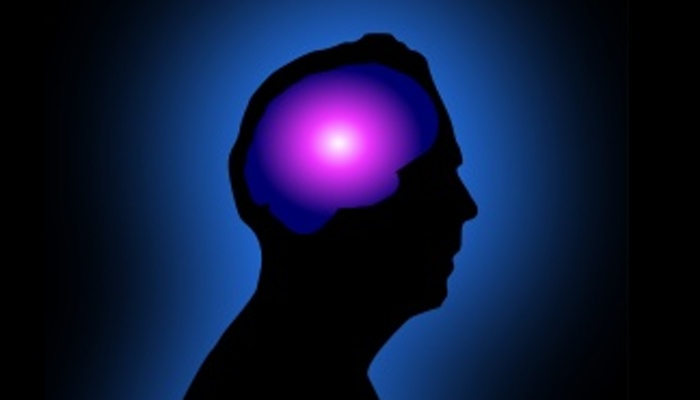 They spoke to me every day – from the time I woke up to the time I fell asleep. My inner demons. Always there to remind me of my unworthiness, my mistakes, my incompetence – the hopelessness of it all.

Their voices grew louder the day I was fired from my job as a newspaper editor. “What have I become?” I wondered to myself – reinforcing my inability to focus and gain direction.

It was clear to me that the real fight was not on the outside, but was in fact, between my ears. My own mind had turned against me.

It had always been that way.

At age 8, I did something my mother told me never to do. I was never to climb up the ladder placed against our house, there for weeks as my stepfather worked on the roof. Like most children, I viewed the words “don’t do that” as a challenge. I climbed the ladder only to see my mother below, yelling “Get off there!” I did so in the quickest way I knew. I jumped.

I suffered from numerous broken bones and wore a cast for months. Of course, I lost a lot of school time and was eventually put into a class for students who were far behind in their studies.

This early experience created a life headline in all caps: YOU’RE NO GOOD.

Each mistake in judgement, each embarrassing moment and every incident of self-doubt reinforced the belief that I was unworthy of anyone else’s friendship or love.

For years, I sought happiness through others. Since I could not find it within me, I looked for it on the outside. It was a flawed strategy because without inner peace, I viewed everything through a negative lens. Even when people genuinely tried to help me, I assumed it was a scam.

How was I to move on? We all want to live a life of purpose. But how can we find our destiny when we don’t believe in ourselves?

I knew the demons had to go. But I had no idea how to get rid of them, or at least, quiet them down.

Step One: I ignored the inner voices

In the dark days of unemployment after being fired, I decided I could not re-enter the workforce. I would be putting myself again at risk of dismissal, and I believed that the cycle of getting hired, then fired, would go on ad infinitum.

Such was the poor view I had of myself.

The solution, I believed, was self-employment and I looked for work as a contract writer.

It was at this point the inner demons really went to work. “Who do you think you are?” they asked. They bombarded me relentlessly, but I was too focused to give them much attention. I just had to get some work, or my family would starve. So I put the voices on hold and said to myself “I will listen to them tonight, but not now, damn it.”

I discovered that my weak mind at least had the ability to ignore the voices. It was the beginning of a long journey to self-discovery and self-worth.

That first writing contract, to my amazement, went pretty well. I had told the client that I would keep working on their reports until they were happy, and I would not charge them anything extra for the additional effort. My commitment to the work seemed to impress them. It was in fact, my own insecurities that caused me to make that promise, but as it turned out, that was not a bad thing.

The night I was paid from that first job, the thought struck me. The voices could be telling lies. They went on and on about how incapable I was, yet, my experience with the writing contract would indicate otherwise.

The demons were liars.

At least some of the time.

As time went on and my freelance business benefited from word of mouth, I slowly gained confidence. Not every client and not every job turned out well. But I was maturing to the point where I realized that life is like that, and that not every problem is entirely my fault.

I realized that even when you do your best, some things are not meant to be.

In other words, I was able to give myself a break here and there. That was part of the self-love and self-healing process that was beginning to take shape. Even if I still believed I was not worthy of anyone else loving me, I could at least love myself.

All I could really do was my best. I allowed the little victories to build my confidence, and when things didn’t go well, I accepted and moved on. “Acceptance” became paramount, after a life of “fighting” everything that happened.

Step four: We deserve the best life can offer

It has taken me a lifetime to realize that we all deserve the best life can offer. And that the fight is not with the outside world but inside our minds. Most of us are much harder on ourselves than others.

When others in the real world do criticize me – I always try to determine if they’re doing it out of concern and love, or if they are simply being mean. If they just want to hurt me, out of spite, I can dismiss the attack. If they really want to help me, I will listen. Always consider the source.

Today, my happiness comes from within. I try to see the good in people and the silver lining in every situation, no matter how horrific it may seem on the surface.

Let’s see life as the adventure it was meant to be, and not the struggle we’ve allowed it to be.