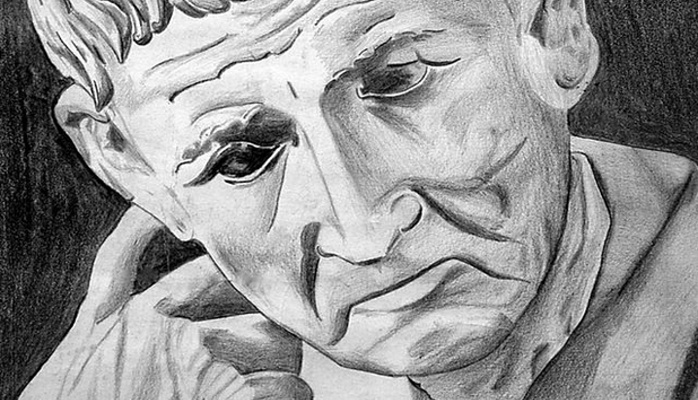 He was one of the world’s great thought leaders.

Greek philosopher Aristotle had much to say about ethics, human nature, politics and science. While only a small portion of his writings have survived the ages, they contain powerful messages relevant to today’s leaders.

Many people in positions of authority avoid action so they will not be criticized. We must accept that we will never please everyone. It is more important to do the right thing than it is to please all parties.

If nobody criticizes you, you haven’t been noticed.

Aristotle believed that to become an effective leader, we must first be a follower, to intimately understand the needs and wants of the group. Even after we become a leader, we still need to follow – the concerns, the plight, and the progress of those we serve.

Every good leader is a good follower.

If you stand for nothing else, stand for excellence. That doesn’t mean doing an excellent job at one thing. It means promoting excellence, in yourself, and those you serve, every moment of every day.

Make excellence your number one habit and message.

Many people avoid conflict like the plague. They believe it’s better to run the other way than to risk a confrontation. But a true leader does not run away. She or he faces it head on, and right away, so that the problem does not grow (as it inevitably will if untreated).

Stare trouble in the face as soon as it appears.

Your reputation is your number one asset. The fastest way to erode a reputation is to try and deceive people even if you’re doing it for all the “right” reasons.

As a manger in the broadcast industry, I told white lies to try and help people. I paid some of my people more than I was allowed to and tried to hide that from my superiors. Even though I thought I was being a good person – in the end – I was seen as someone who could not be trusted. This view was held, not only by my bosses, but to my surprise, the employees I tried to help.

There is so much deception today that many people just assume they are not being told the truth. And that includes what you have to say.

Be upfront and direct about all things. Call it as you see it.

Integrity is valued more than ever.

The greatest gift you can give your team are skills and knowledge to help them be self-sufficient in life. Through tasks and projects, teach and emphasize self-esteem, responsibility and the rewards of hard work.

Leaders who help people get ahead in this world are those who leave the greatest legacy.

If we’re tolerant of laziness, infighting and insubordination, and indifferent to the concerns and achievements of our people – death to our position, team, department or entire organization could come knocking.

If you don’t have the courage to oppose bad behavior and if you ignore the good works of your people, you’re not leading.

Aristotle’s formula for a happy life

Long before today’s trend of leading a balanced life, Aristotle believed in what he called the “golden mean” to achieve life-long happiness. This is the point between excess and deficiency. In other words, the middle ground. In today’s terms, it means diversifying our lives – limiting our time on the Internet, spending more time with family and friends.

One thought on “Aristotle: 8 Top Leadership Traits for Today”