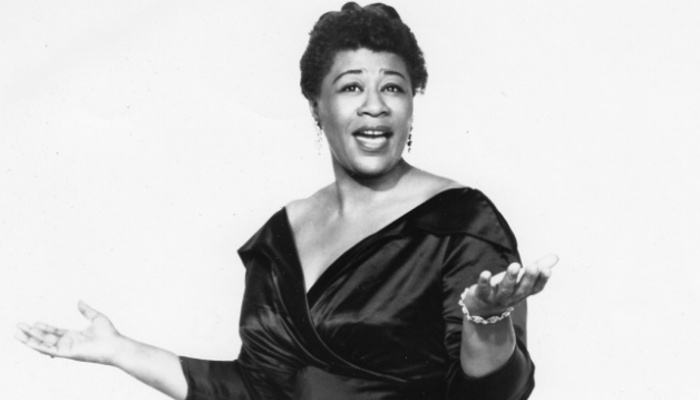 She was homeless through some of her early years and survived by singing on the streets of New York.

It was 20 years ago today on June 15, 1996 that jazz legend Ella Fitzgerald passed away.

It is not well known, but Ella lived her final years blind and with both legs amputated from diabetes. Before that tragic time, she was a powerhouse, recording more than 2,000 songs over 60 years.

Nobody had a voice like Ella, and nobody has since. Bing Crosby once called her the greatest singer of all time.

Today, we look back at four special quotes from Ella to find out where she got her inspiration, and how we too, can be inspired to move to greater heights.

“I stole everything I ever heard.”

Ella became famous for being able to imitate musical instruments with her voice. She was inspired by the many different sounds, especially horns.  Today, we too can beg, borrow and steal a little bit from our influences to ultimately create our own unique blended brand.

“Just don’t give up trying to do what you really want to do. Where there is love and inspiration, I don’t think you can go wrong.”

According to Ella, if you love something, you can’t go wrong in your career and in life. Perhaps today, most of us, myself included, put too much emphasis on thinking, and not enough on leading with our heart.

“It isn’t where you came from, it’s where you’re going that counts.”

Ella Fitzgerald was initially raised in a single room as her unwed mother looked for a job. Later, at age 15, when her mother died, Ella worked as a lookout for a brothel and a runner for a gambling racket associated with the mafia. Caught by the authorities, the jazz legend was sent to an asylum and eventually an orphanage before escaping and becoming homeless. Ella was able to survive by singing on the streets of Harlem. Despite this surprising past, she kept looking ahead. Ella’s life is a reminder to us all that our past need not hold back our future.

“I’m very shy, and I shy away from people. But the moment I hit the stage, it’s a different feeling. I get nerve from somewhere; maybe it’s because it’s something I love to do.”

It’s amazing how our defenses go down when we’re at peace with ourselves, enjoying what we love. It has been said that if you love what you do, then work is not work. Ella was incredibly shy but when she sang, she was in her element. Looking back at the way she was makes me want to spend a lot more time doing the things I love to do. How about you?

One of Ella’s biggest fans was Marilyn Monroe.

In fact, it was Monroe who got Ella a gig at Hollywood’s famous Mocambo nightclub in 1955, a turning point for Ella’s long career. Eventually, Ella would appear in movies and TV shows, regularly appearing on the Ed Sullivan show.

Ella Fitzgerald said she didn’t like talking much because she always “said the wrong thing.” That’s why she preferred singing. We’re glad she did.

Get inspired and do what you love.

Sit back and enjoy the perfect-pitch golden voice of Ella Fitzgerald as heard at the Cannes Jazz Festival in 1958. The hot concert hall had Ella sweating, but she keeps singing with grace and composure. Ella was 41 years old.